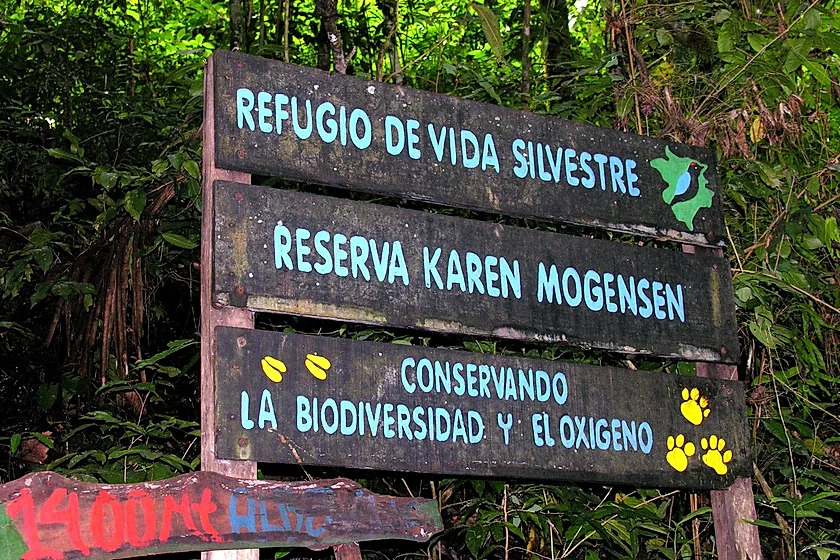 The collaboration of GEV Modena – Foreste per Sempre ODV with the local association Asepaleco for the establishment of the Reserve dedicated to the Danish environmentalist Karen Mogensen began in 1996 with the acquisition of the first 364 hectares.

Today, thanks to subsequent acquisitions in which Foreste per Sempre ODV has conspicuously participated with funds raised in Italy, the Reserve extends over an area of ​​almost 1,000 hectares of protected forest. The land acquired for the Reserve at various times and regenerated as a forest was previously used as grazing land for livestock and for subsistence agriculture (corn, beans, sugar cane, tuberaceae).

In the acquired areas, the vegetation has grown luxuriantly over time thanks to the disseminating help of birds, bats, wind and other animals. Seeds from the surrounding forest spread over the deforested land and natural regeneration quickly took hold. We accelerated the process by planting thousands of saplings of fine native species grown in our nursery garden from seeds collected in the forest itself. Many of these tree species are already rare elsewhere and some are on the verge of extinction, thus making the Reserve an important genetic bank.

The Reserve is characterized mainly by secondary transitional forest with portions of dry forest and others of humid forest (according to the classification of the habitat of Holdridge, 1967). In fact, adjacent to the widespread dry forest typical of north-western Costa Rica, the presence of different waterways and streams has allowed the growth conditions for a wet-type forest. In some parts of the area there are gallery forests. The innermost part of the Karen Mogensen Reserve has portions of primary forest, while the remainder is the result of secondary growth of different ages (from 20 to more than 50 years), partly deriving from conservation measures adopted since the 1990s that promoted the natural regeneration of the land previously used for cattle grazing and subsistence agriculture. The lower areas of the Karen Mogensen Reserve show a transition from grassland and grassland to secondary regeneration forest. The Reserve currently borders some pastures for cattle and other partially protected or minimally unprotected second growth woodland, covering almost 12,000 hectares of land.

In addition to preserving an incredible amount of biodiversity, the Reserve, thanks to the role of the forest that holds large quantities of water, also represents a very important water supply due to the presence of springs and waterways essential for the entire region, without forgetting that tree growth is the natural and therefore more ecological means of capturing from the atmosphere the amounts of carbon dioxide also emitted by the various anthropic activities, with the important result of contributing to reduce the greenhouse effect, an important cause of climate change.

The name of the Reserve was given in memory of Karen Mogensen Fischer, an environmentalist of Danish origin, who together with her husband, the Swedish Nils Olof Wessberg, were the precursors of conservation in Costa Rica, creating in the 1960s with funds raised in their countries the first protected area, the Cabo Blanco Absolute Natural Reserve, a site of great interest and importance for conservation in the Nicoya peninsula.

The Karen Mogensen Reserve, located in the SE peninsula of Nicoya, in northwestern Costa Rica, is an inland foothill area between 9.85 and 9.88 degrees latitude (N) and 85.04 and 85.08 degrees longitude (OR).

Thanks to the commitment of Foreste per Sempre ODV, an environmental education center has been created and recently a Meteo-Climatic Biological Station that allows researchers from all over the world to study the tropical forest, its biology and the effects of climate change from a privileged observation point. The CLIMBIO – Climate & Biodiversity project came to life in collaboration with the University of Modena and Reggio Emilia (Department of Life Sciences and Geophysical Observatory)

A fundraising campaign is currently underway for the expansion of the reserve after the purchase of the last 25 hectares, it is possible to join the following link on the Pages of FPS 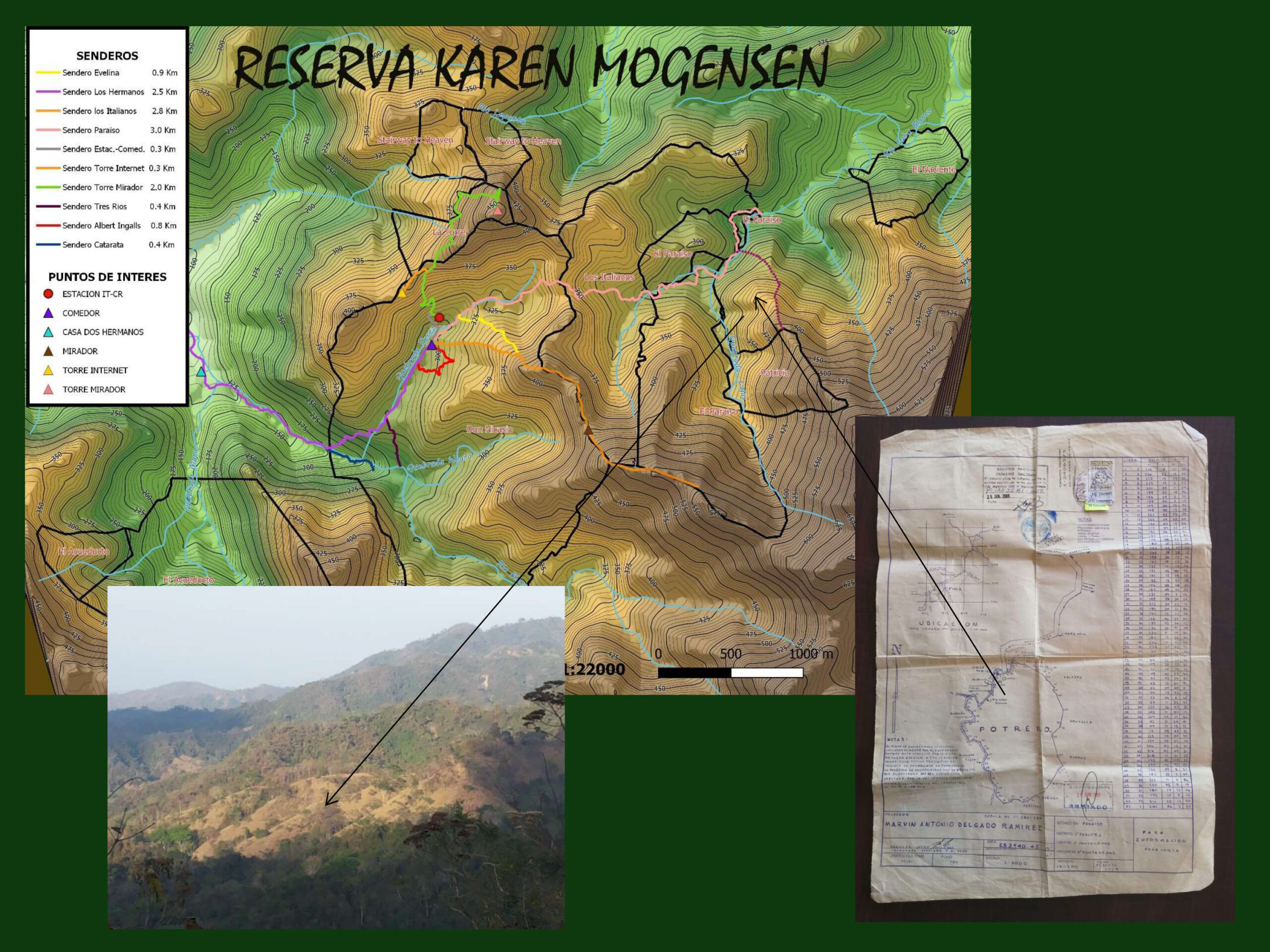 Map of new land annexed to